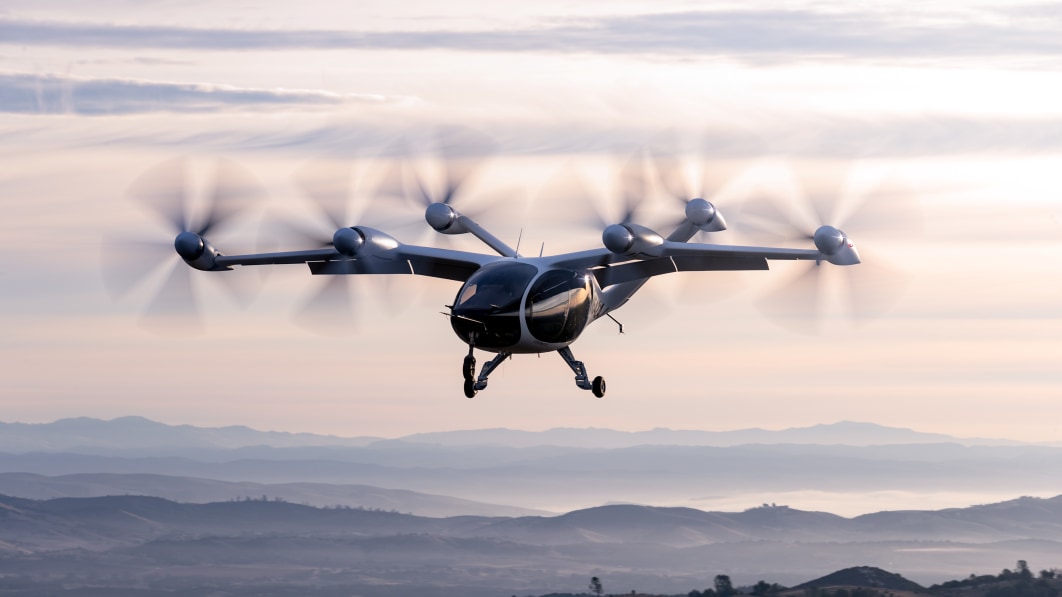 Joby Aviation, which promises to build and operate a commercial fleet of aerial taxis by 2024, began trading Wednesday, testing the imaginations of public investors. The shares surged more than 12% during the first hour of trading.

Since its founding in 2009, Joby has sold the likes of Uber Technologies Inc. and Toyota Motor Corp. on its plan to build a new kind of passenger drone and has raised more than $700 million in private capital. A merger this week with a special purpose acquisition company leaves Joby with more than double that amount on its balance sheet.

Joby is the biggest among a group of upstarts, which also includes Volocopter GmbH and Beta Technologies Inc. They’re going up against Airbus SE, Boeing Co. and Lockheed Martin Corp. by seeking to leverage breakthroughs in battery technology to create a more environmentally friendly form of urban transportation free from earthbound traffic. To succeed in bringing science-fiction to life, they need to mass-produce the machines, surmount regulatory hurdles and make the business model work.

JoeBen Bevirt, the founder and chief executive officer of Joby, expressed his characteristic optimism in a video interview from his home near Joby’s headquarters in the Santa Cruz, California, mountains surrounded by redwood trees. “We’re feeling really good about the progress,” he said. “Being able to build a clean, zero-emission aircraft that’s quiet is really a dream come true and is something I can continue to be proud of.”

The rise of SPACs since last year has enabled a new breed of stock to list on the world’s most elite exchanges. The process allows companies, some with no revenue whatsoever, to bypass the scrutiny associated with an initial public offering and raise capital from investors who signed a blank check. Aerospace companies have been an especially eager adopter of the model.

Joby merged with a SPAC called Reinvent Technology Partners, led by LinkedIn co-founder Reid Hoffman and Zynga Inc. co-founder Mark Pincus. Proceeds from the deal plus cash on the balance sheet as of March 31 equal about $1.6 billion. The shares trade on the New York Stock Exchange under the ticker symbol JOBY.

In anticipation of the deal, Joby accelerated hiring and now employs more than 800. It demonstrated what it calls a final aircraft design to two Bloomberg reporters in June and said it will begin manufacturing the vehicles next year. Last month, Joby said it completed a flight of more than 150 miles on a single charge. The company has been working for several years with the U.S. Federal Aviation Administration and expects to achieve certification in 2023. As it works toward that goal, it will begin training pilots to operate the five-seat crafts.

A great deal of hype surrounds flying cars. The promise of quiet, quick and emission-free flights is expected to create a $120 billion market for so-called urban air mobility by 2030, according to estimates by Honeywell International Inc., which makes parts for the new aircraft. By 2040, that could rise to $1 trillion, according to Morgan Stanley.

But a regulatory green light is far from assured, said Robin Riedel, a McKinsey & Co. partner who leads the firm’s aerospace practice. First-time approval from the FAA for novel aircraft can face delays of a year or more, he said. “Every certification is a risk until someone has actually done it,” he said. “The devil is in the details.”

Finding places from which to take off and land is another necessary piece of the puzzle. Joby struck a deal this year with SoftBank-backed Reef Technology Inc. and Neighborhood Property Group to gain access to the rooftops of some parking garages and other buildings in North America and Europe. Joby expects to install helipad and charging stations at those sites.

Joby and more than a dozen other electric air taxi companies wrote to U.S. House lawmakers last month, requesting that charging infrastructure for their aircraft be included in national infrastructure legislation. The House is expected to negotiate an expansion of the bill that was passed by the Senate on Tuesday, though it’s unclear what would be added. A spokeswoman for Joby said the letter received a “positive reception” and that the company is “excited” to see the request addressed in the coming weeks.

Joby plans to develop a taxi service through partnerships. Uber, which is both a major investor and partner after selling its own flying car unit to Joby late last year, has said it will offer Joby’s air service to its customers and provide ground transportation to Joby departure and arrival sites. They plan to start in U.S. cities, including Los Angeles, Miami, New York and San Francisco.

In what will be its first public display of the aircraft, Joby will park one in front of the NYSE building Wednesday morning.